The Panzer Tank Is the Coolest and Here’s Why 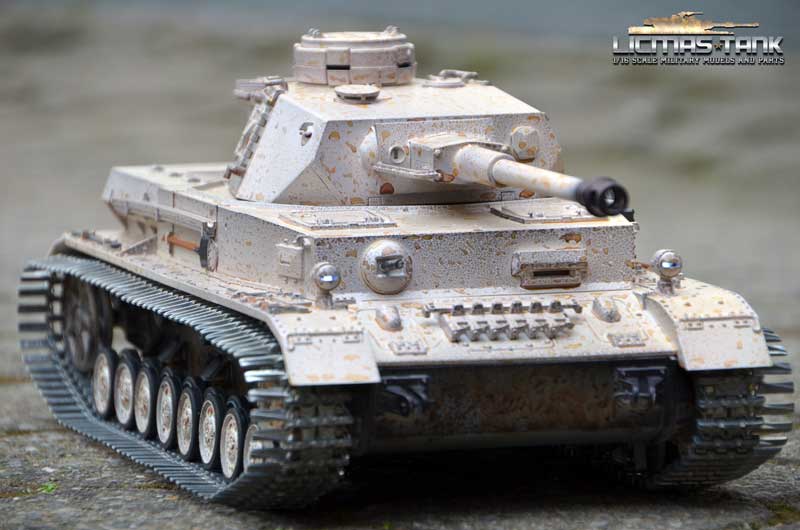 As kids, especially around the middle school and early high school years, many of us were enthralled with certain aspects of WWII history. For some, it was planes and there were hundreds upon hundreds of them. Most aficionados stay busy building model kits and poring over books about war planes.

For others, however, their interest was on the ground and in a turret.

Those were the war history buffs who had a fascination for tanks. And WWII was the apex of tank use in warfare up to that point. These kids also spent inordinate amounts of time building models. Some simply enjoyed arguing with their (somewhat) nerdy friends about Patton versus Rommel.

But as they got older, many of them happily discovered radio controlled, or RC, planes and tanks.

And it is primarily for that latter bunch of history buffs that we offer the Panzer IV 1/16th Scale RC Tank from Heng Long. A Legendary Tank and Now a Legendary Scale RC Vehicle

Even those with just a passing knowledge of WWII history are familiar with the name Panzer Tank. It was both formidable and feared by the Allies and proved to be an almost unstoppable foe in battle.

The Panzer IV was the most developed tank of the Wehrmacht. It formed the basis of the Panzer Division of Germany. The planning and development of the tank went back to 1930. By the end of 1934 work began on the prototypes for this vehicle, which had been subjected to various tests by the Army.

It was on the Eastern Front and the Battle of Kursk, that the Panzer IV proved itself. The tank quickly became the most important component of the Wehrmacht’s armored division. That is why it became the backbone of the German armed forces.

Heng Long is one of the biggest manufacturers of radio-controlled tanks with a big range of great models at great prices. Heng Long has produced radio control (RC) tanks for over 30 years. Their realistic tanks offer a fun and ideal starting point for new drivers. Especially for those who want to explore the world of RC tanks and RC armored vehicles.

A Look Inside the Panzer Tank – And What Comes in the Box!

Whether you are an airsoft player looking to get some scale looks into your games, or a military history buff at heart, the Panzer IV Tank is a great choice for an RC vehicle.

This tank kit is an RTR (ready-to-run) and it comes with everything you need to be ready right out of the box. And it features more action than simply running – how about real tank firing? This realistically detailed tank model also fires 6mm plastic BB pellets and features realistic hull-recoil action (which is not barrel recoil, by the way!) and firing sound effect.

The shooting range is up to 20 meters with up to 10 meters with minimal accuracy and limited velocity. Nonetheless, caution should still be used when using the cannon and adequate eye protection.

This tank also features other full realistic sounds and an Infrared (IR) shooting system for fighting other RC tanks, but without the plastic BB projectiles. And we can’t forget the exhaust smoke for that added realism.

The vehicle weighs in at just over eight pounds and Measurements: approx. 13.75 long by 7.5 inches wide and almost 8 inches tall. Powered by a 7.4v 1800mah Li-Ion battery that provides a hefty travel time of up to 30 minutes, it only requires a charging time of approximately 4 hours.

Now for an unboxing preview: What’s in the box? Fundemonium is the Place for Rugged – And Realistic – RC Tanks

In addition to tanks, we have RC cars, trucks, planes, boats, and more to meet every age, skill level, and budget. So, whether you’re looking for speed, climbing ability, high-flyers, or Ready-to Roll WWII-era tanks, you’re sure to find some fun RC vehicles to make it happen.

We have all types of RC toys and models including cars, trucks, tanks, and more. Why? Because we love to provide fun! Especially RC fun!

At Fundemonium, we’re more than just a toy, hobby, and game store. We are a “family fun experience” and fun place where families and hobby enthusiasts of all ages can meet and play.

Fundemonium offers a safe and friendly space where adults and children of all ages can experience creative fun while shopping a great selection of toys, games, and hobbies for your entire family. And our knowledgeable and friendly staff is committed to helping you have fun.

We do our best to quickly respond to inquiries about remote control tanks (and other toys!) through our website, but you can also find an answer to your question by calling us.

Thanks, and we look forward to seeing you soon!